One of the main services we offer to companies is the automation of industrial processes. In MG Electricidad we work mostly in the food industry sector, although we also cover other disciplines such as graphic, pharmaceutical, chemical, oil, plastic, telecommunications. Lets talk about advantages of industrial process automation.

We believe in automation as a key issue for companies in all types of industries. In the kind of global marketplace we find ourselves in, the evolution and survival of many industries can derive from any production advantage they may have over their direct competitors.

Competitiveness and the nature of the selection between supply and demand, urges us to be increasingly profitable and efficient in our type of production, and the automation of industrial processes will help us achieve the maximum optimization of time and costs.

Industrial automation is the use of technologies for the control and monitoring of industrial processes, devices or machinery, which usually represent serial functions, making certain actions work automatically, reducing human intervention in the development.

Automation in turn allows us to implement innovative solutions, which on balance improve old manual processes. Implementation of technology and control systems, such as software, electrical panels, circuits or communication centers, for the management of machinery and production lines.

For example, automation for processing separation and cleaning in the nut food industry has improved product quality as well as increased product quantity with the use of less energy and manpower.

The automation of industrial processes gives us the ability to manage and control each phase of business. In MG Electricidad we study the most efficient solution, depending on your company, and if it requires complex but repetitive operations, where it is also necessary a high level of safety and accuracy in the execution of each operation. 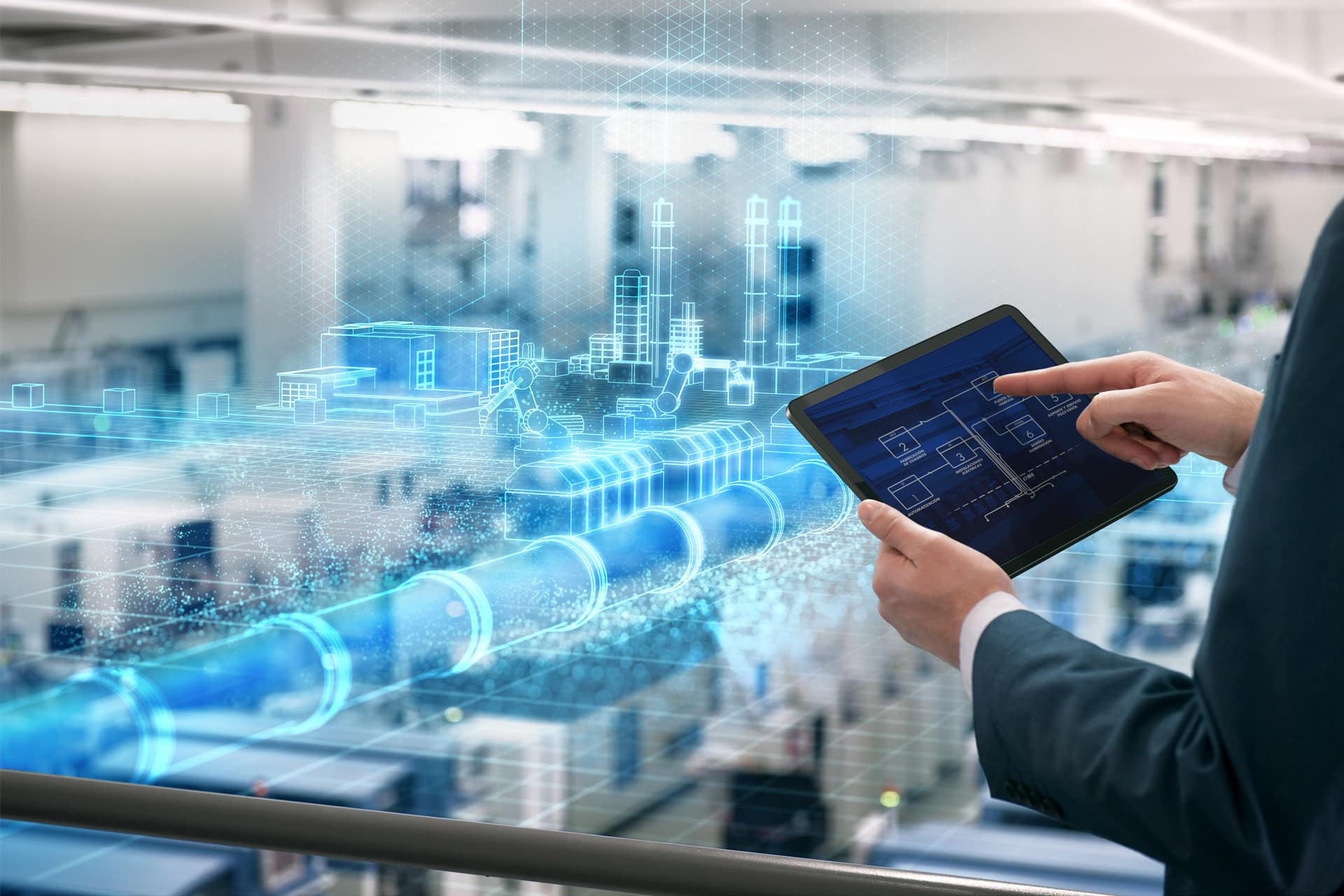 That is, the operational part are elements such as sensors, actuators, cylinders, motors, cells, vision systems or pneumatic compressors, which make a robot or machine can develop a particular task. While the second part deals with these physical elements by means of a programmable logic controller, API, PLC or automation stations.

Within the application environment, MG Electricidad stands out in certain control software, such as supervisory control and data acquisition systems (SCADA) or management software such as MES or ERP. In reference to industrial automation in IT environments, one of the latest trends in the sector is RPA (Robotic Process Automation) technology, which offers the replacement of manual tasks by automated tasks without modifying the order of the processes.

An automated system uses various special hardware and software elements and components to implement control and monitoring systems. In recent years, the number of these products has developed from various suppliers who market their own specialized products. At MG Electricidad we work with several of these suppliers, such as ABB, Ifm, Rockell Automation, Rittal, Sick, Eldon, Siemens, among others.

The following is a summary of the equipment or elements that perform certain industrial automation functions, such as control, detection, supervision and monitoring.

Sensors transform physical process variables such as flow, pressure or temperature into electrical or pneumatic variables. Their signals will be used to process information, analyze it and, based on that, make decisions to produce the control output.

Apart from the above systems, there are the so-called intelligent instruments: integrated systems for detection or actuation of elements, which stand out for being able to establish communication with the field buses. Such devices are composed of an internal signal conditioning circuit and allow a direct connection to the communication link in the industrial bus system.

SCADA is an application that captures operating data from the system in order to control and optimize it. Applications can be the actions of a petrochemical distillation process, a pipeline compressor, or a water filtration system…

The existence and evolution of any company, regardless of the sector to which it belongs, is due to the need to optimize the performance of its assets through operational excellence. Staying ahead of the competition allows you to find more agile workflows with less effort.

This system is based on a mathematical model and is responsible for processing the information that arrives from the communication networks. ANN structures can be changed based on certain external and internal data entered in the system configuration phase.

The Distributed Control System (DCS) is another industrial automation system, very popular for its use in multiple processes within the manufacturing industry. Its different applications include electrical power networks and generation plants, environmental control systems, traffic signals, water management systems, chemical plants, manufacturing and classification of pharmaceutical products, among others.

Parallel to the evolution of technology, the use of robotics has become normalized in different industrial fields. Robots can be helpful in carrying out various application tasks like mapping, painting, welding, repairing, etc. The role of industrial robotic systems during the production process encompasses everything from the beginning of assembly and internal treatments to the final tests of said process.

Currently, many companies are aware of the importance of introducing new generation industrial automation systems in the workplace. However, many are not active in such an implementation, knowing that automating processes will be essential sooner or later to maintain their level of competitiveness in the future. Next, we describe the advantages of automating industrial processes:

The accelerated increase in demand for food production globally has driven the automation of industrial processes. There are many companies in the food industry that are adopting automated systems to reduce labor burden and grow business at a respectable pace.

By reducing costs associated with the implementation of these systems, it is possible to offer more products, of better quality and at better prices.

The quality/price ratio is the biggest dilemma among food producers and consumers. The use of automated machinery for processing and packaging products makes it possible to monitor and correct defects conveniently.

Control of all processes.

Automation allows us to track products through their processing and distribution stages. In this way, we can simultaneously ensure quality, safety and profitability. In addition, if a defective batch of product is found, we can separate it as quickly as possible.

Repair, maintenance and retrofitting of robotic systems and electric motors can be carried out remotely by automation technicians.

Efficient use of energy and raw materials used for the product:

Industrial automation optimizes the use of materials, thus avoiding wastage of raw materials, with robot arms being more efficient than human arms in almost all lines..

Flexibility and expandability are two great advantages of industrial process automation. Although it is not easy for small companies to opt for a complete integral automation solution, they can add components and machinery based on their needs, and thus expand their business in a scalable way.

Automation is the future

In short, automation is key to Industry 4.0 and can now be considered a must-have value among industrial companies. According to Fortune Business Insights, the industrial automation market is expected to grow by 200% by 2026. For all these reasons, automation represents advantages in many aspects, but first and foremost in terms of time and cost savings. 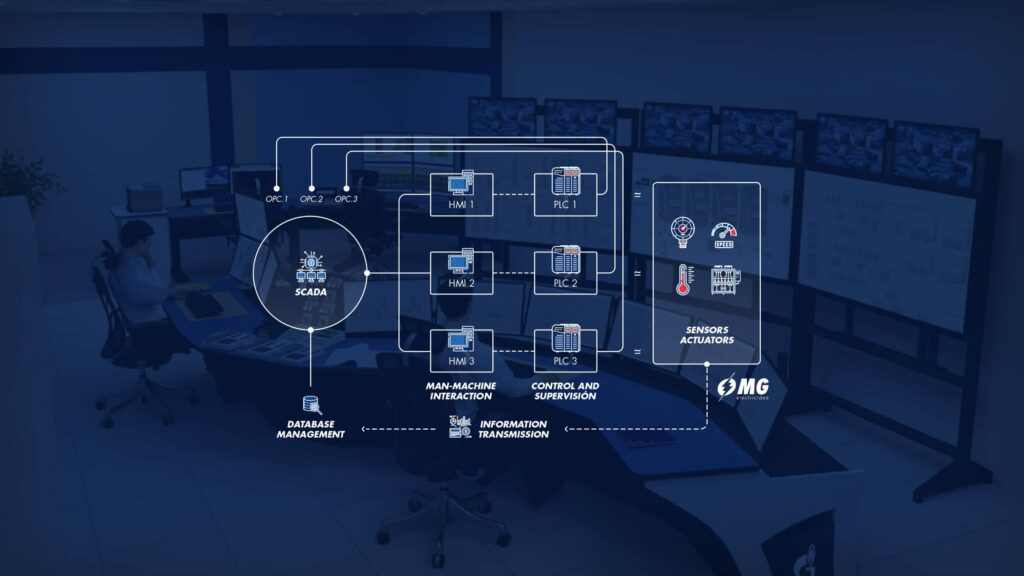 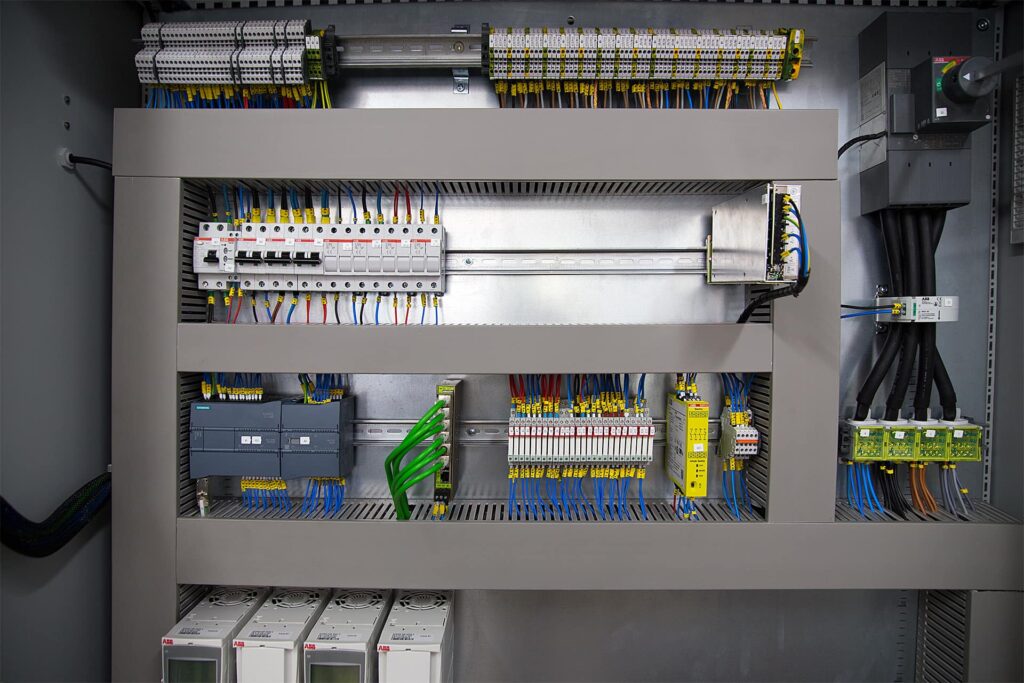 MGElectricidad.com uses cookies to offer a better user experience. You can accept, reject or learn more in the settings.

This website uses cookies so that we can provide you with the best user experience possible. Cookie information is stored in your browser and performs functions such as recognising you when you return to our website and helping our team to understand which sections of the website you find most interesting and useful.

Strictly Necessary Cookie should be enabled at all times so that we can save your preferences for cookie settings.

If you disable this cookie, we will not be able to save your preferences. This means that every time you visit this website you will need to enable or disable cookies again.

In particular, this website uses Google Analytics, a web analytics service provided by Google, Inc. with headquarters in the United States, with headquarters at 1600 Amphitheater Parkway, Mountain View, California 94043. For the provision of these services, they use cookies that collect information, including the user's IP address, which will be transmitted, processed and stored by Google in the terms set in the Google.com website. Including the possible transmission of such information to third parties for reasons of legal requirement or when said third parties process the information on behalf of Google.

The User expressly accepts, for the use of this Site, the treatment of the information collected in the manner and with the aforementioned purposes. And it also recognizes to know the possibility of rejecting the treatment of such data or information rejecting the use of Cookies by selecting the appropriate configuration for this purpose in your browser. Although this option to block cookies in your browser may not allow full use of all the functionality of the Website.

Please enable Strictly Necessary Cookies first so that we can save your preferences!

Cookie is a file that is downloaded to your computer when you access certain web pages. Cookies allow a website, among other things, to store and retrieve information about the browsing habits of a user or their computer and, depending on the information they contain and the way you use your computer, can be used to recognize the user. The user's browser stores cookies on the hard disk only during the current session, occupying minimal memory space and not harming the computer. Cookies do not contain any specific personal information, and most cookies are deleted from the hard drive at the end of the browser session (so-called session cookies). Most browsers accept cookies as standard and, independently of them, allow or prevent temporary or stored cookies in the security settings. Without your express consent -through the activation of cookies in your browser- www.mgelectricidad.com will not link in the cookies the stored data with your personal data provided at the time of registration or purchase.

- Technical Cookies: These are those that allow the user to navigate through a website, platform or application and the use of different options or services it exist as, for example, control traffic and data communication, identify the session, access parts of restricted access, remember the elements of an order, make the buying process an order, make the application for registration or participation in an event, use security features while browsing, store content for broadcast video or sound or share content via social networks.

- Analysis Cookies: These are those that are well treated by us or by third parties, allow us to quantify the number of users and thus perform the measurement and statistical analysis of the use made by users of the service offered. To do this, your browsing on our website is analyzed in order to improve the supply of products or services we offer.

- Advertising Cookies: These are those that, well treated by us or by third parties, allow us to manage as effectively as possible the supply of advertising space on the website, adapting the content of the ad content to the content of the requested service or use made of our website. To do this we can analyze your browsing habits on the Internet and we can show you advertising related to your browsing profile.

- Behavioral advertising cookies: These are those that allow the management, in the most effective way possible, of the advertising spaces that, where appropriate, the editor has included on a web page, application or platform from which the requested service is provided. These cookies store information on user behavior obtained through the continuous observation of their browsing habits, which allows the development of a specific profile to display advertising based on the same.